Don’t Miss It. Here’s Everything to Know About Bulimia Nervosa.

It happens to a lot of us. I mean, many of us turn to food when we’re going through an emotional rollercoaster like loneliness, stress or boredom. However, for those who have the eating disorder bulimia nervosa, overeating is more like a compulsion.

Bulimia nervosa therefore is characterized by frequent episodes of binge eating followed by extreme efforts to avoid weight gain. Women with bulimia eat a lot of food in a short amount of time and feel a lack of control over eating during this time (called binging).

To avoid weight gain, purging methods such as vomiting, excessive exercise, laxatives are employed. Laxatives can include pills or liquids that speed up the movement of food through your body and lead to excessive bowel movements.

There are commonly two types of bulimia nervosa. Let’s talk about them:

–      Purging type: This type of Bulimia Nervosa is perhaps the most common of the majority of cases of those suffering from this eating disorder. In this form, individuals will regularly engage in self-induced vomiting or abuse of laxatives, diuretics, or enemas after an extended episode of binge eating.

–      Non-Purging type: For the non-purging type of Bulimia, the individual will use other inappropriate methods to rid the body of food after binge eating episodes, such as excessive exercising or fasting. In these cases, the typical forms of purging, such as self-induced vomiting through the use of laxatives, are not frequently utilized.

Here is how to know you are Bulimic

If you eat a pack of sweets or a huge slice of cake, then quickly replace them so your friends or family won’t notice, you may most likely be bulimic.

Over time, research has shown that approximately 30% of individuals who partake in binge eating and purging habits also practice self-harm behaviours such as cutting themselves. In essence, a direct link has been established with bulimia nervosa and self-harm. It is not surprising then that depression, anxiety and borderline personality disorder are also highly linked with Bulimia Nervosa. Finding treatment for these underlying psychological disorders then is necessary to actively treat bulimia nervosa.

Peer pressure, social media influences and trending pretty images of ‘chic’ people are all associated with the development of bulimia in certain women. We live in a society where our image is measured, a lot of times by our figure and physical appearance. Emotional stress, substance abuse, and the influence of social media are sociocultural factors known to contribute to the development of bulimia nervosa in many people.

This is where self-love comes in. Though we live in an age where unsought opinions are given about people and their bodies, everyone must realize that self-love matters. Do not pay attention to those who try to belittle your looks or those who say mean things to you. Acknowledge that YOU matter first before anyone else’s thoughts or words.

Let’s talk about the end results

This harmful cycle of binge eating and self-induced purging can take a toll on your body and mental well-being. This can cause damage to your digestive system and in the long run, create chemical imbalances in the body that disrupt the functioning of major organs, including the heart.

Perhaps the most dangerous side effect of bulimia is dehydration due to purging. Also, vomiting, use of laxatives, and diuretics can cause electrolyte imbalances in the body, especially in the form of low potassium levels. Low potassium levels can cause lethargy, hallucinations, irregular heartbeat and eventually, death. Low levels of potassium will also lead to kidney failure.

Although most common among young women, bulimia can affect both genders of all ages. People struggling with this eating disorder constantly battle between the desire to lose weight and the overwhelming desire to binge eat. A lot of times, they don’t want to binge(in fact, there’s always guilt and shame right after they have done it) but they find themselves giving in. After the binge eating episode, panic sets in and they then turn to drastic measures to “undo” their overeating, such as taking laxatives, vomiting, or going for an exerting run on the treadmill.

No matter how trapped in this vicious cycle you feel, though, there is always light and hope. With treatment and support, you can break this harmful cycle, begin to manage unpleasant emotions more healthily, and regain control of your life.

You can regain control by doing these:

Let’s also reiterate that looking good is always nice but not when it is forced or done out of a compulsion to fit in. Exercise, eat healthy and waist train to look beautiful but do it on your terms. Do it first for YOU and not for anyone.

5 De-Bloating Tips to Try (in order of effectiveness, too)

Slimming Tea – How Does it Help with Weight Loss?

Comfort Girdle!!! Here is why it should be every woman’s best friend after childbirth 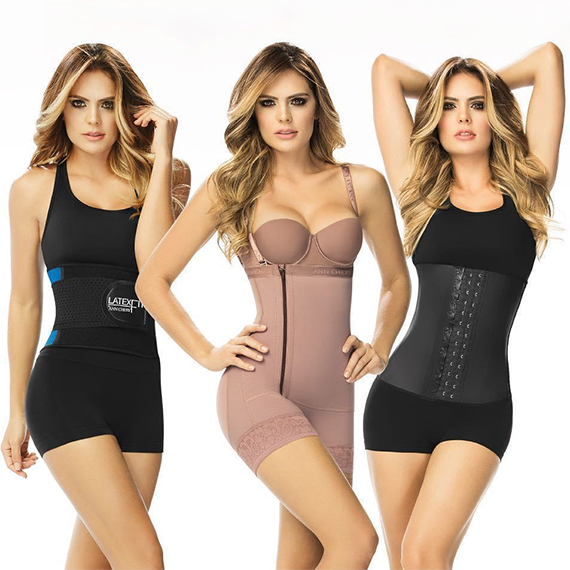